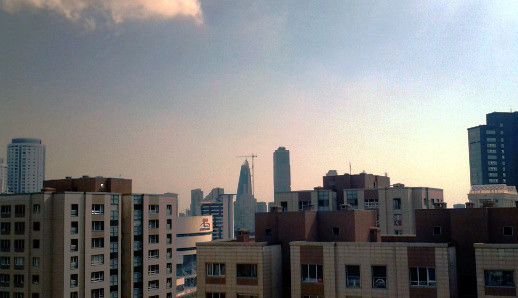 I’ve been in Istanbul for the last week or so. It’s been about a human gestation period since I was last here, and it’s unmistakable that the trend of building more, higher, and brighter has continued unabated.

Pastiche is an approach that’s not uncommon to new-money endeavors, and it’s no surprise that it’s common here. The biggest source of inspiration for the new designs seems to be iconic government projects, large-scale residential structures, and skyscrapers from Russia, Germany, the Netherlands, and other European countries whose cities are built on Cartestian street plans.

The biggest problem with this is that almost nowhere in Istanbul are streets Cartesian. Nor are they radial. Rather, the streets and highways of Istanbul were determined, as one historian put it, by topography. Which is another way of saying that Istanbul’s roads developed in a very ad-hoc fashion. Some think it lends the city some of its charm.

What this means for the increasingly dense structure of new and tall buildings—already a mishmash of pastiche—is that each has a different orientation. You don’t get rows or arcs of buildings; rather you get a hodgepodge of orientations that the hodgepodge of styles simply aren’t suited to. Nothing relates to anything. Little islands of egocentricity and local optimization. An underscoring of the chaos of life in Istanbul.

Whether this will end up increasing the city’s charm remains to be seen.